Stories of Hope and Healing – Max

The fall Max turned 11, a normally healthy, happy kid, he stopped growing. He began getting headaches, nausea when eating certain foods. He went to his Mom in October and said, Something is wrong with me, I need to go to the doctor. His Mom, a nurse, had already scheduled his yearly checkup with his pediatrician for later that month.

Tests were scheduled to find out the meaning of Max’s odd and various symptoms.

Fall had turned into winter and Christmas was nearing. The tree was up, presents bought, family plans made, holiday cooking underway.

That week, the morning of Dec.23, in a continued effort to pinpoint the cause of Max’s symptoms, a CT scan was performed of Max’s abdomen that revealed an 8cm mass on Max’s right kidney. 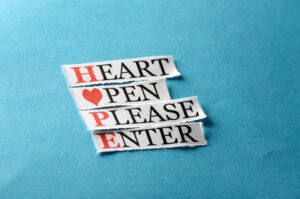 Within an hour, gathered in a room at the children’s hospital were Max, his mom, his dad, the doctor and head nurse. The tumor was diagnosed as Wilm’s tumor, a type of childhood cancer with about a 90% cure rate. He would need surgery and 6 months of chemotherapy.

Further tests the following day (Christmas eve), showed no spread of the cancer. Surgery was scheduled for three days later to remove the kidney. With both parents in the medical field they knew what Max was in for with surgery and chemo.

It is not clear all of what Max took in from everything that was discussed in that room that afternoon.

He knew he would not be playing hockey, which was disappointing to him, but his main concern was that he did not want to be in any pain. So the nurse spent lots of time with him showing him what would be done to alleviate any pain, especially from needles (which Max hated).

But from that moment on Max was courageous and willing. He was in the moment, had faith in the best possible outcome, and trusted his parents and siblings and extended family. He let himself be loved.

A new reality had been set in motion. There were calls to make. And Christmas to be celebrated. His older brother and sister needed to be told. His sister Robin immediately stepped up and became Max’s main support. Sam, age 16 was also told late that night when he returned home from his activities and he rearranged his hockey schedule that night and was also part of the team.

Each member of the family was struck by how everything had so abruptly changed. They woke up in one reality and went to bed in a completely different reality that they would now have to learn about and live in.

They were a sports-oriented family with all the children playing hockey and other team sports. They knew how to be a team. Before the day was out the whole family instinctively teamed up and moved forward as a unit.

The parents kept an open forum for questions and discussions that flowed through the days that followed. They continued their tradition of going to church on Christmas eve and coming home to a family meal and opening a few choice presents. Everything took on a greater intensity and poignancy.

There were many laughs and much joy as the family held a space of love, teamwork and support. Every Christmas, all of Max’s aunts, uncles and cousins came over for Christmas day. Everyone arrived by noon and stayed till evening, celebrating, visiting, eating, opening presents, singing and playing music, and general overall loving chaos. They were a happy, caring extended family.

Anytime one looked around that day, Max was on someone’s lap being held, or hugged, or massaged, or kissed and altogether and completely loved. He felt safe. His siblings felt safe.

Over the next three days there emerged in a most organic and authentic way a resonance of love, peace and joy. That frequency was held and maintained with a depth of integrity by everyone involved. Prayers were being sent out for Max from many places in the world from Switzerland to around the US and Canada.

The night before the surgery, Max’s dad and his sister created a website to inform and update friends and loved ones on Max’s status over the coming week. It was a singular place where everyone could go to check in. It relieved the family of phone calls, emails and endless explanations.

Max had a bubble bath that night, after which he did a run – naked and joyful through the house. He then crawled into his parents waterbed with his sister, mom and dad and fell into a deep sleep.

The next morning Max had his surgery. His right kidney was successfully removed and a port was installed in to prepare for the coming chemo. The surgery was about 3 hours long.

While Max was in recovery, not awake yet, something amazing happened. The tumor was analyzed under the microscope and was diagnosed as a rare, benign tumor and should be cured by the surgery alone. No Wilms, no cancer! No chemo! Surgery was the cure. It felt like a miracle. A Christmas miracle.

Before the website was shut down for good, when Max was going home, this was his final and only message:

Over a period of four days this small, eleven year old boy attracted to him 1690 visits to the website and constant prayers, love and well wishes coming to him.

His parents, believe the tumor was malignant, but through the prayers and blessings of all the people the best possible outcome came about. It was felt by all that something extraordinary most definitely happened during those days.

Max made a full recovery. When asked about healing, he said,

“It is feeling better, leaving what felt bad behind.”

There is more to this story that is yet to be written, it’s impact may be far reaching in their lives. They all rose to the occasion and surpassed themselves beyond what they knew they could be. Where each will take that in the future and how each will use their unique strengths, capacity for love, trust, deep caring and compassion is still a mystery to unfold.