Stories of Hope and Healing – Jann

On Nov. 11, 2000, at age 50, Jann was diagnosed with a mass in the right brain. He had been losing weight, feeling tired, and having headaches. He had brain surgery to remove the mass. The surgery left a slight depression on the right side of his head but otherwise he recovered nicely form the surgery. It was followed by debilitating radiation treatments that caused burning pain in his mouth and jaw, made it impossible to taste, difficult to swallow and eat. He lost a lot of weight and had little energy. Recovery was long and slow and painful. 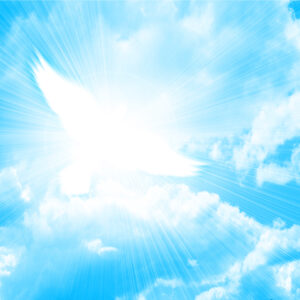 He viewed this life-threatening illness as an opportunity to explore his life,his relationship to God and the Universe, and to re-evaluate his core relationships. He went to work on his life, faced his mortality, and gained new perspective on what was truly important to him. He became a better husband and a better father, less critical and less removed.

About half way through his radiation treatments he became despairing that he could not go on and finish these devastating treatments. He felt trapped by the expectations of his medical team and his family to fight the fight and finish the treatment. But it was so painful and debilitating.

The turning point came when someone said to him that he did not have to finish the radiation if he did not want to. He could say no. It was then that he recognized that it was his choice to continue and was able to own that choice. It made coping with the side effects more manageable.

He came to realize during this ordeal that healing was a comprehensive personal process. He built for himself a multi-layered healing program that involved many layers and modalities. He learned that healing was not necessarily based on one modality or only took place through the medical system. He adopted an investigative approach to his recovery process. He felt that by creating his own program that included numerous facets, he was able to take ownership of his healing process and it became more powerful.

He felt a connection to his spirituality that was deeper than ever before in his life. He examined his beliefs and read about many religious, metaphysical, and mystical ideas and writings. He felt a sense of aliveness and immediacy to living that was unparalled.

Over the following years, Jann became involved the day-to-day mundane of life as his health returned. He went back to work, got on with earning a living for his family. He lost touch with that sense of aliveness and immediacy, though always felt grateful for life. He forgot some of the things he had learned and his passion for his spirituality became somewhat lost in his mundane life.

In November 2009, after experiencing symptoms of headaches, dizziness, and slurred speech, Jann was once again diagnosed with a brain tumor, in precisely the same place as the first one nine years earlier.

He immediately responded to this diagnosis as a wake-up call to reconnect with his spirituality.

He family, as they did the first time, stepped up to support him in his healing, each in their own unique way creating a synergy of support.

His treatment this time was to be 4 weeks of radiation, followed by one gamma knife treatment.

He felt that he was in a different place in his evolution this time than before. He had continued to read and explore cutting edge ideas about consciousness and quantum physics and he had come to believe that the mind could control what happened in the body, that the mind and body could be allies, that the mind could direct the body. And he set to work putting his beliefs and ideas into action, into practice.

It was interesting to him that the tumor this time was mostly fluid, not solid. He felt that it was a reminder to him to truly embrace a living spirituality every day that he had forgotten about over the years.

He decided that the outcome of this recurrence was less important than the messages from his Soul. He realized that a 2nd cancer, made longevity an uncertain proposal. He was at peace with that uncertainty and believed that he could still heal, even if he did die.

He once again created a healing map, chose for himself a number of healing modalities that he felt appropriate. He set to work to create a new platform for his life of being deeply connected to his true self, his Soul, and his spirituality.

Using hypnosis, he worked with his subconscious, his beliefs, and his life story. But most vital for him was to realize that he had a passion for his spirituality that he would never let go of as long as he lived. That for him was his key and his core.

He decided that this time he would create a completely different relationship to the radiation treatment that once before had brought him to his knees. He decided to remain calm, focused, and empowered as his baseline attitude.

He set out creating the belief that having understood the reason for his recurrence, that it was already gone. It had done it’s job by bringing his spirituality back into focus. That the radiation was the physical means, the tool, to remove the physical manifestation.

Throughout the treatment, he maintained his weight, he ate, and continued to function well, and recovered from the treatment much more quickly. He regularly envisioned the tumor shrinking and disappearing.

At this time the tumor is gone and the treatment has been deemed successful. Jann does not see this as a success though. He sees healing as a spiritual process that we all have to do in our lives, synonymous to growth. He believes that you have to work at it. It is something you orient yourself to as a continuous day-to-day way of life.

Jann sees healing as a relationship in which he is not isolated or alone.

We are all aiding one another – there is healing going on everywhere, all the time, in a quantum physics kind of way. We are all part of the field; we all can help one another heal.

His thoughts about health, healing and longevity when recently asked are this: